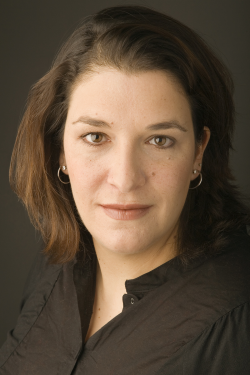 Carolyn Brown is a Senior Lecturer at the Mayborn School of Journalism at the University of North Texas. Her area of expertise is Latino immigrant communities, the border, Latino representation in the media and the anti-immigrant movement.

Brown’s new documentary From the Fields: An American Journey was distributed to NBC affiliates across the country in the fall of 2012. This film is a biography of a Chicano journalist who worked in the fields of the Salinas Valley as a child and went on to a successful career as a reporter at NBC. From the Fields goes beyond the hateful rhetoric surrounding the immigration debate and into a deeper exploration of what it means to work, to support family and contribute to our American society. From the Fields has already been recognized with a Gracie Award for Outstanding Director, an Orson Welles California Film Award and a CreaTV award for Excellence in Directing. Brown has been invited to screen and discuss From the Fields at various universities and venues across the country including: Stanford University, The National Steinbeck Center, Harvard University, San Jose State, Georgetown, Oregon State University and Northern Arizona University.

In 2011 she produced a documentary film, On the Line, distributed by the National Educational Telecommunications Association to PBS Stations nationwide. The film aired on PBS stations in 2011 and 2012 — more than 300 times in major markets across the country including Los Angeles, San Francisco, Phoenix, Miami, New Jersey, New York City and Denver.

Brown produced and wrote two articles and 11 video shorts for the Investigative Reporting Workshop released in October 2011. These were part of a larger PBS FRONTLINE Lost in Detention investigation, which looked at the immigration detention system in the United States and the lives of those who cross the border.

Brown has appeared as an expert on several national broadcast news shows including the CBS Evening News, CNN in Español, and NPR’s The Diane Rehm Show, discussing her documentary and immigration and militia groups. She has been quoted as an expert in such publications as The Financial Times and ABCNews.com among other publications.

Brown is currently working a new documentary entitled The Salinas Project. This film examines the lives of children of immigrant farm workers. It follows the struggles and successes of the people who live in the agricultural, immigrant city of Salinas, California.

Brown’s journalism career spans more than a decade. She worked as a journalist and news producer at MSNBC News and Fox News Channel in New York City. She was a producer and senior producer in local news in San Francisco, Washington DC and Phoenix. Brown has written commentary as a contributor for MSNBC.com. She began her news career at CBS News and has also worked on The Late Show with David Letterman, The Cosby Show and The Chris Rock Show.

Brown covered the 1996, 2000, and 2004 presidential elections at CBS News, KRON-TV, and Fox News Channel. One of her first and most memorable media jobs was at the 1996 Summer Olympics in Atlanta for NBC Sports.

Brown has extensive experience working in the Latino community and speaks conversational Spanish. The daughter of a Latin American immigrant, who grew up in a bicultural and bilingual family, she feels especially connected to the Latino community. Brown understands the struggles and dreams of immigrants and is committed to telling their stories. Brown enjoys visiting her large family in California, Arizona, and Peru — where she can practice her Spanish.

Carolyn Brown lives in Denton, TX with her husband, Brent, and two children, Alexandra and August.