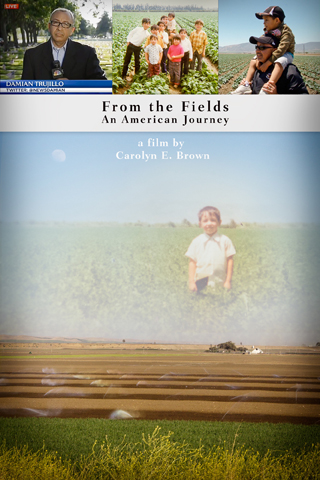 Known as the “salad bowl of world” for it’s production of lettuce, broccoli, and many other crops, The Salinas Valley is home to thousands of Mexican American and immigrant families with strong ties to agriculture.

About 30-miles into the valley is the small agricultural town of Greenfield, where journalist Damian Trujillo’s family first settled in 1972 after coming to the United States from Mexico, through the Bracero Program.

Despite knowing little about higher education, Damian was the first in his family to graduate from college. His older brothers and sisters sacrificed their education to work to make money for their family.

This 30-minute documentary will follow the life of Damian Trujillo: from farmworker in the Salinas Valley to San Jose State University where Damian first realized he had an accent while working at the college radio station. Finally, we follow his path to the NBC newsroom.

Early in his career Damian feared having to go back to working in the fields, the only other reality he understood. From his regrets over his early relationship with his father, to being told he talked like a “gang-member,” Damian will talk about what it means to be a proud Chicano, how he gives back to his community, and why he wants his children to know where they came from. Damian’s story is the quintessential American success story.

The goal of this project is to intervene in the popular stereotypes that depict Latinos as “illegals,” or “gang members,” among other negative representations. From the Fields: An American Journey deconstructs common perceptions of Latinos by reframing the American success story, and telling Damian Trujillo’s story.

This film goes beyond the hateful rhetoric surrounding the immigration debate and into a deeper exploration of what it means to work, to support family and contribute to our American society.

See awards for From the Fields.